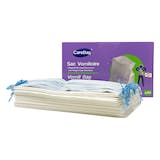 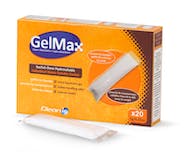 For safe containment and disposal, minimizing risk of cross infection

Founded Cleanis in 2001 to expand on the invention of Doctor Mayer Helewa, a French physician. Throughout his medical career, he realized that bedpans were a source of contamination and unsafe handling. After observing this, he searched for a product that could avoid bedpan soiling rather than constantly cleaning and decontaminating it. The current way of managing soiled bedpans being expensive, time consuming and very risky. He invented and patented the first CareBag® absorbent bag. Since the success of this product many further lines have been added to the range.

On in stock orders received by 4:30pm

For your peace of mind on all orders

You can order as many or as little as you need

No Need To Register

You dont need to create an account to order

We use cookies to enhance your experience. Find out more > Close